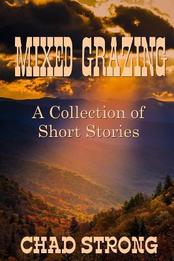 ​Mixed Grazing contains just what the title suggests: a sampling of  my stories across multiple genres.  In this first volume you'll find Westerns and Suspense, Fantasy and Supernatural, Contemporary and Young Adult.

Instead of needing to track down each story  in separate publications, readers can find them all here in this single volume.   (Though avid readers may enjoy the other stories in the original multiple author anthologies as well!
They're listed below for those  interested).

My thanks to the many readers who requested I create a collection like this.  I hope you enjoy!

Blue Sky and Gray Smoke
As Union soldier George battles for his life against a young Confederate, he realizes they’re the only ones left alive. He's got to make new decisions – and stay alive to see them through.

The Crossing
Rick Barton plans to take his loot and his reluctant woman north to Canada and a new life. So far, he's outrun the posse. Can he outrun his own choices?

The Tracker
Young Will tracks his father's killer until he has him in his sights. Retribution, his father had preached, an eye for an eye. Now, Will would have it.

Deadlock
Detective Tom Mallory must stop a madman who dismembered his brother to prevent another death. But will Mallory have to sacrifice himself to do it?

The Churchyard Incident
Freddie fights to save his best friend from the evil disguised as the new kid in town.

The Camas Fairy
A mature Dale returns to his boyhood sanctuary in nature to do the unthinkable - only to meet his childhood friend - a very real fairy.

Stable Hands, Stable Hearts
Set to win his first Hi-Point trophy at the year’s final horse show, 17-year-old Scott spots the girl of his dreams. Can he win both her and the trophy?

The Decision
Jen has devoted the greater part of her life to her beloved horse, Phoenix. As age overtakes him, must she make that most final of decisions?

​﻿﻿Short Stories﻿﻿ in their original publications 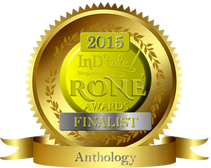 Rawhide'n Roses - A Western Anthology
made Finalist in the 2015 RONE Awards sponsored by InD'Tale Magazine.  Thank you to everyone who voted for us! 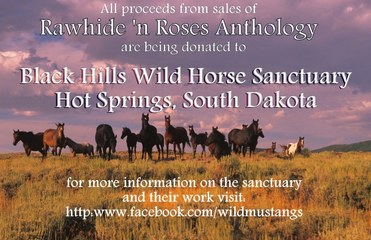 The authors of Rawhide 'n Roses,
A Western Romance Anthology
are donating all proceeds from sales to the Black Hills Wild Horse Sanctuary.
Please help us protect these endangered, beautiful symbols of the
Wild West!
http://www.wildmustangs.com/


In The Decision, Jenny has devoted the greater part of her life to her beloved horse, Phoenix.  As age overtakes him, must she make that most final of decisions?